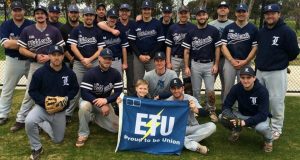 Lara Baseball Section started in 1985 with juniors entering in the Geelong Baseball Association. We had 3 sides, playing in the Under 11, Under 13 and Under 15 age groups.

The following year we entered our first Senior teams, C and D Grades. (3 of our original members are still playing or on the committee)

Our first Senior premiership was 1991, in the B grade. The following year was our first in the A grade, which is where we are today.
The Wildcats 1st team has won 4 premierships and been runner up 3 times in the past 11 years, along with several premierships
in the 2nd, 3rd and 4th team.

Our Juniors continue to grow in numbers each year. Hopefully
seeing further success this season. The Club has a proud history
of its players playing at the highest level.

We have had almost 80 players represent Geelong in the Victoria Country Championships, and 8 have represented Australia in their various age groups.

There has been 14 people who have played for Lara who have gone to America to play professional baseball or attained a college scholarship.

The Geelong Baseball Association runs from April until September.