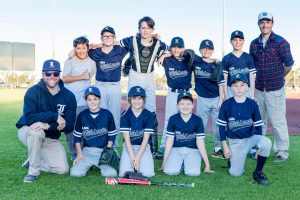 During the summer season Lara Wildcat juniors where kept busy with a Tee Ball and Little League(under 12) sides in the local Geelong Baycats Charter where they played against other Geelong sides.  Tee ball was an introductory programmed for 5 to 9 year olds that gave the kids an opportunity to have some fun while learning the basics of baseball.   The Little League team improved on last year and made the finals which was a fantastic effort showing the improvement that has been made over 12 months.

Joel Bernoth and Tanner Stack both also played in the Baycats Charter teams that travelled to Melbourne to compete against other charters, they have also recently both made the all-star team and both look to be the future of the Lara Wildcats.